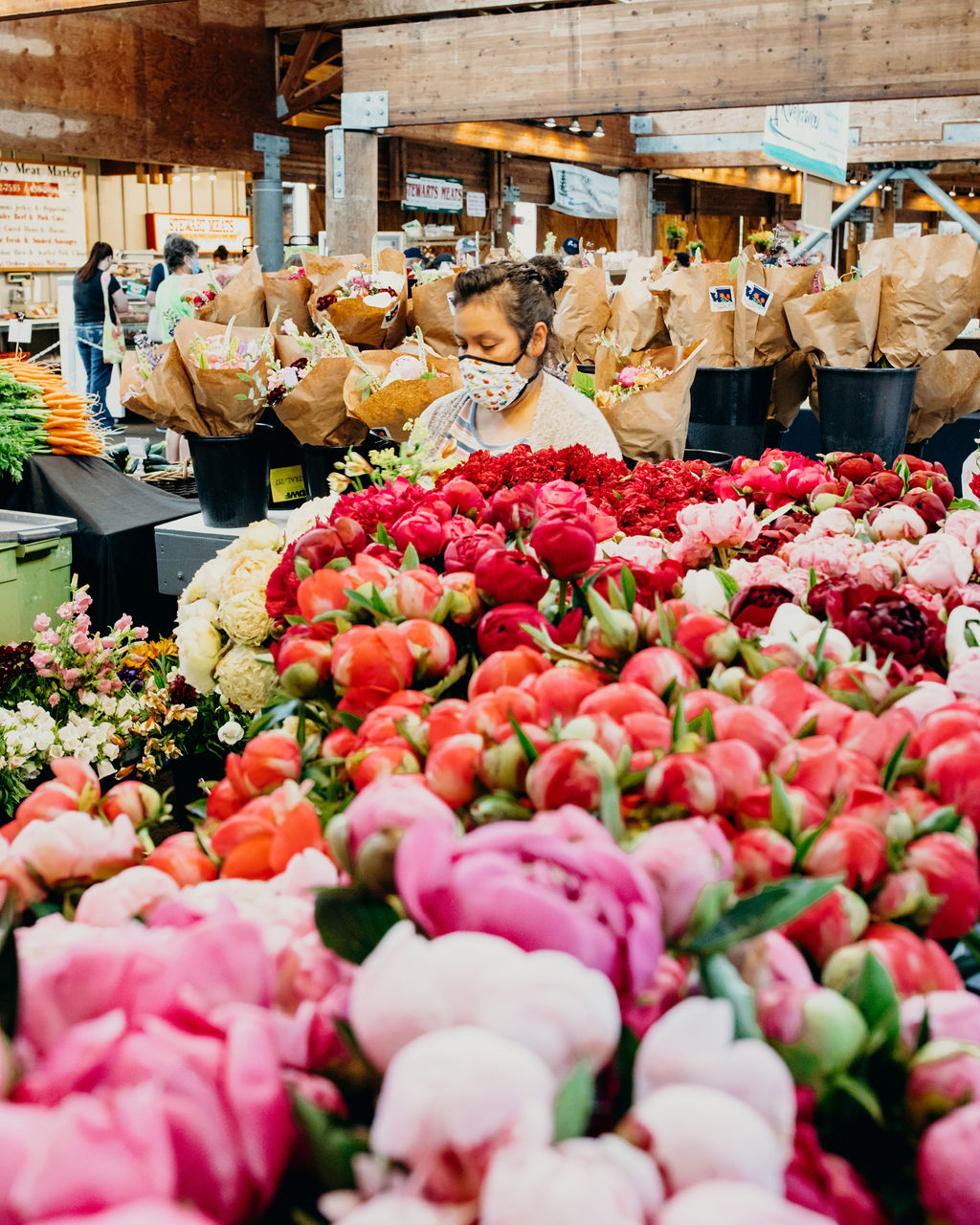 We are excited to welcome Ojeda Farm back to the Market this weekend. They'll have some early season blooms as well as dahlia tubers for sale!

Gonzalo Ojeda grew up on a family farm in Oaxaca, Mexico helping his family grow large volumes of tomatoes, tomatillos, peppers, and onions to sell to large-scale wholesale buyers. In the early 1990s, he moved to the United States and began working on a farm in Washington State, spending most of his time in greenhouses, propagating ornamental plants.

He met his wife Maria and together they purchased their own farm in 2000. Gonzalo began experimenting with growing perennials in his spare time after work and on weekends–starting with a few hundred-row feet of astilbes, soon adding several acres of peonies and other perennials. Through hard work and a strong drive for quality, Gonzalo and Maria now have ten acres of perennials in production. They also grow blueberries seasonally.

Ojeda Farms is a small, family-owned operation. Co-owners Gonzalo and Maria Ojeda live on the farm in Ethel, WA with their three sons Ricky, Fernando, and Esau. They employ one full-time worker to help tend to the gardens, as well as additional seasonal help during the spring and summer harvesting months.

Gonzalo sells flowers to a wholesale distributor in Seattle and began participating in Olympia’s Farmers Market in 2017.

You can learn more about Ojeda Farms here https://www.olympiafarmersmarket.com/vendor/ojeda-farm

We Compost. You Can Too.
Plant Starts to our First 50 Customers Thursday & Enter to Win a Raffle Prize!
Visit the Story Trail at the Market for a Fun Spring Break Activity!

We're doing everything we can to provide food to our community and to keep you safe. Please contact us if you have questions