“To nourish our community, support small-scale local agriculture, and cultivate a healthy economy by providing a vibrant gathering place where growers, makers, and producers are empowered to offer direct access to quality goods and fresh food."
‍
Read The Market's Strategic Plan here. 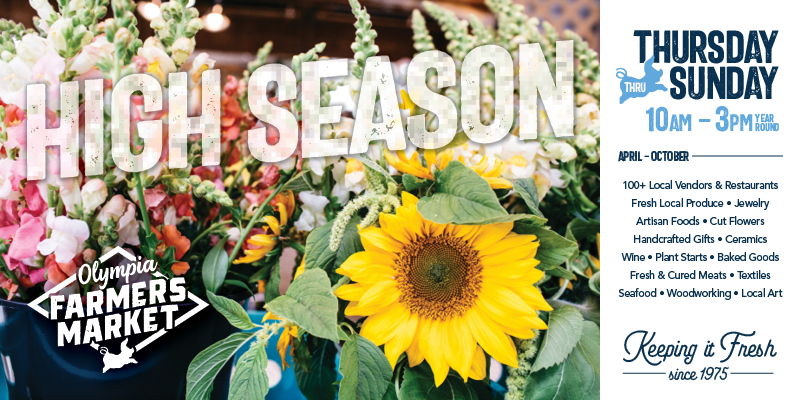 The Olympia Farmers Market is one of the only vendor-owned and operated farmers markets in The State of Washington. The market is governed by a volunteer board of directors comprised of member-vendors and is funded primarily through vendor fees.

The Olympia Farmers Market promotes several food access programs such as WIC and Senior FMNP, Small Steps, EBT and Fresh Bucks. Access to healthy and nutritious food is a fundamental value that brings our customers and our vendors together to exchange goods and ideas. We feel that it is critical to provide education and access to all members of our community and we are proud to continue to grow in these efforts.

With over 100 vendors, an estimated 400,000 visitors per year, The Olympia Farmers Market is a bustling marketplace. Truly local, our vendors grow, make or produce their items, hailing from Thurston, Mason, Lewis and Grays Harbor Counties. We have three distinct seasons, progressing from one day per week in January to four days per week during the height of our season. The market is open year-round, more than 150 days per year, rain or shine!

The Olympia Farmers Market found its current home in 1996 when the City of Olympia and The Port Olympia came together to secure the site and parking, but the market has had a lively history of locations downtown in the past 100 years, including the old Legion Way site in 1976-77 (until a city official forced a move, citing concerns the market would ruin the grass), across from the old Olympia City Hall on Plum Street until 1984, and then at the old Yardbirds location near Gardner’s Restaurant.

“In 1974, there was a grassroots revival” of the farmers’ market Wilcox says. A local produce seller named Mary Towne used $500 from her sales as seed money for a new farmers’ market. Old timers remembered the old market and they led the renewal. At first, it was located at Sleater-Kinney and Pacific. But, according to Wilcox, a strong feeling existed among some board members that “they wanted to go back to the waterfront in Olympia. They were reclaiming their old territory, and they did it with an attitude.”
- Steve Wilcox (Thurston Talk, 2017)

The market has created a community gathering place similar to that of 170 years ago, sustained in large part by an intangible relationship between the vendors and the community and providing quality local goods sold by local people.

Sign up to get fresh news & updates about The Olympia Farmers Market delivered to your inbox. 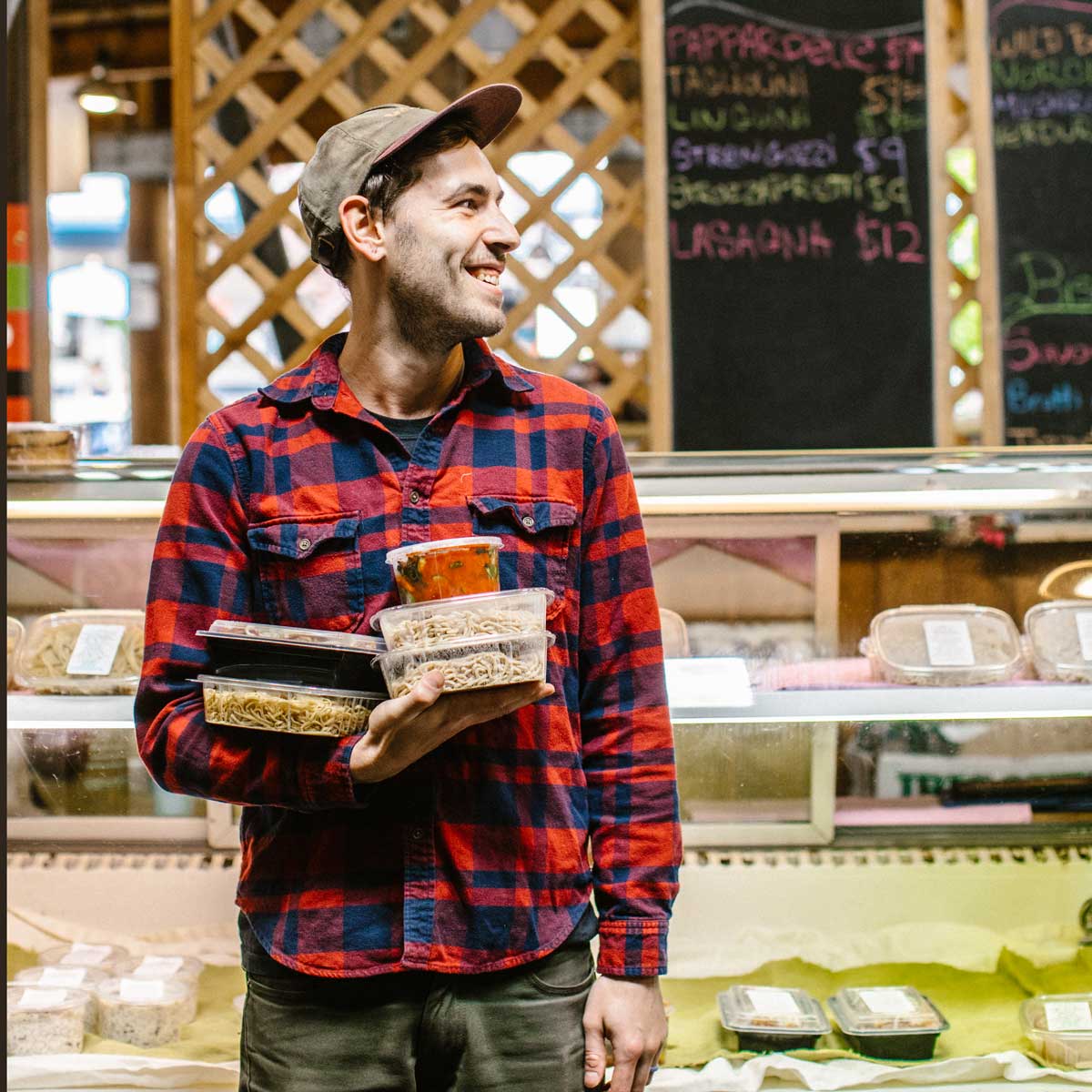 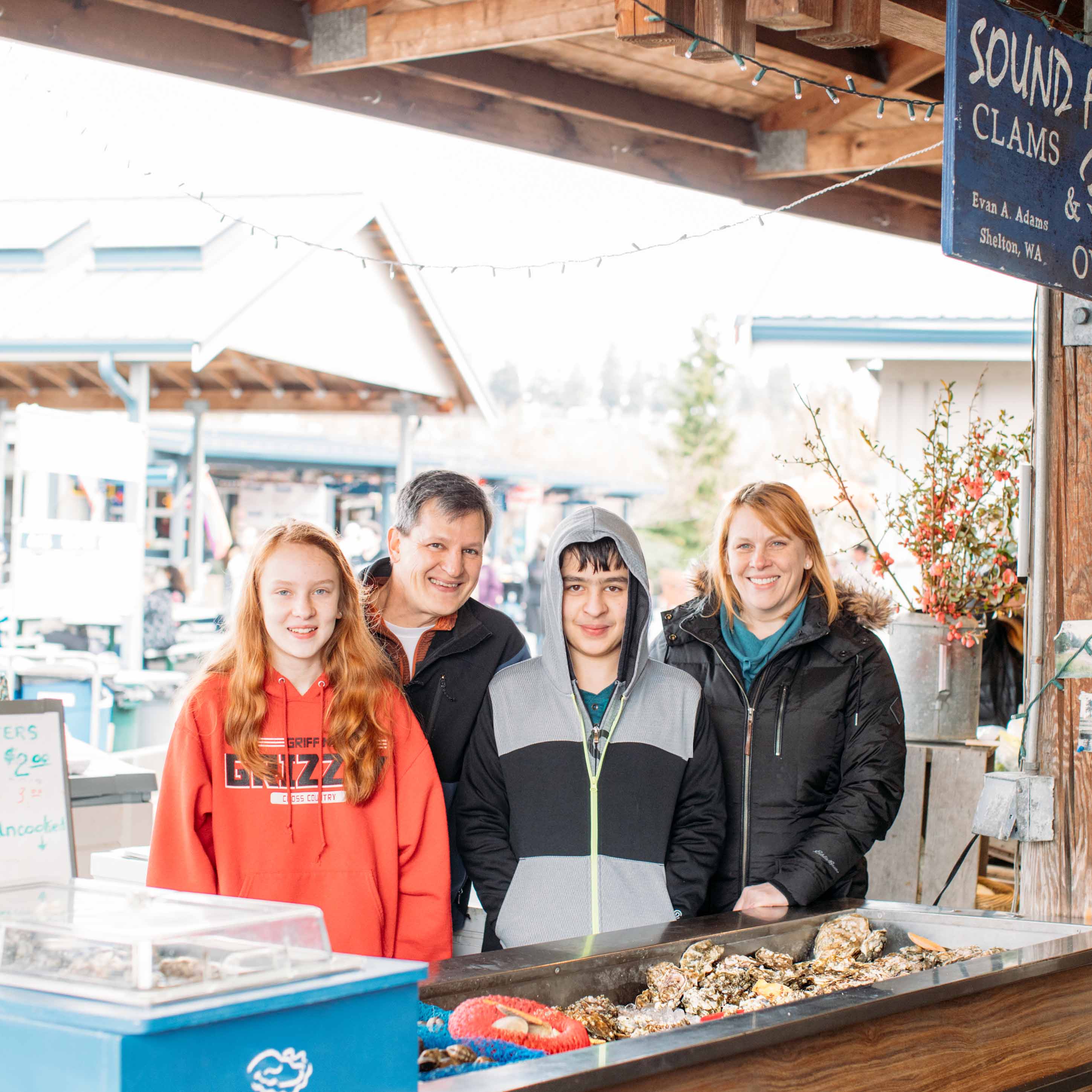 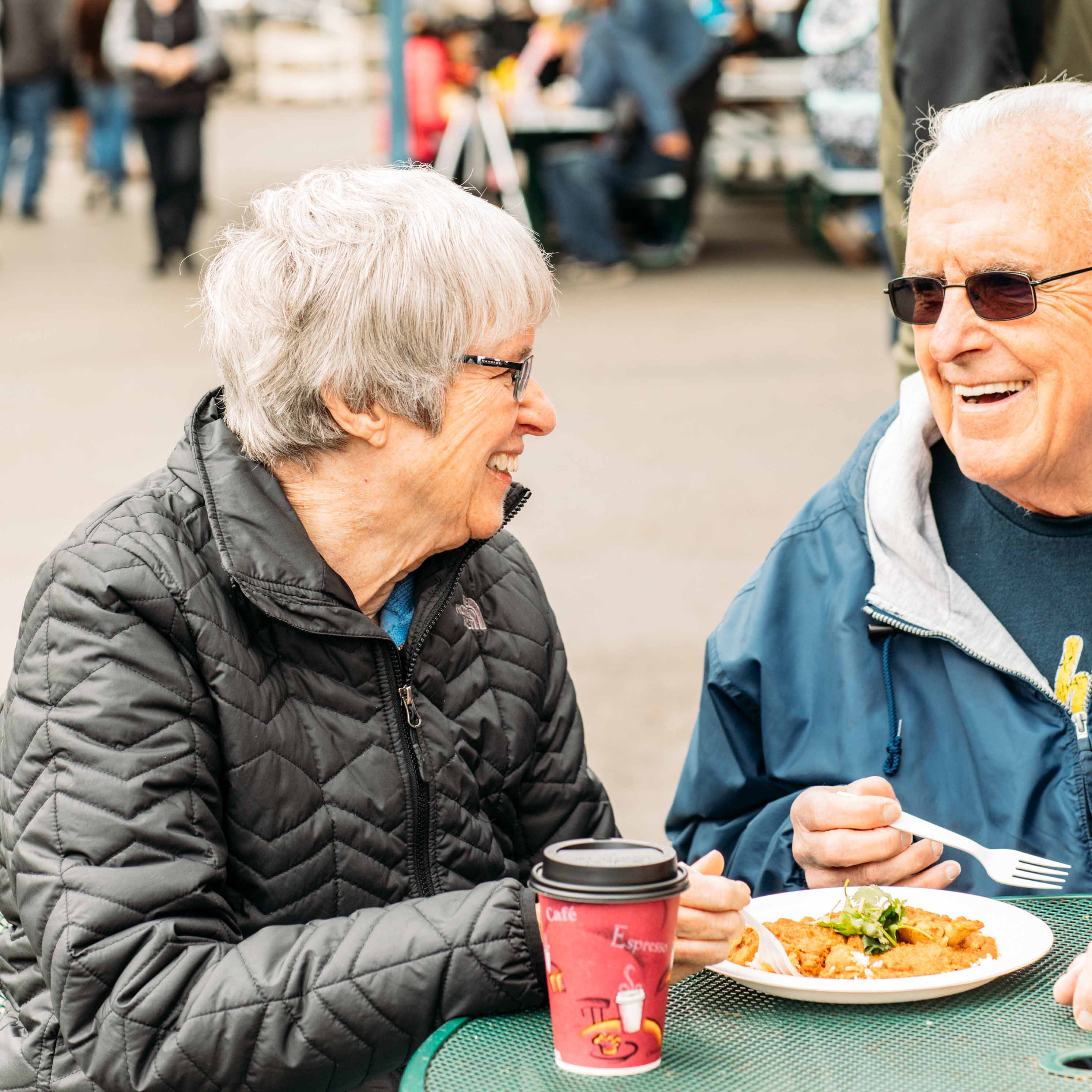 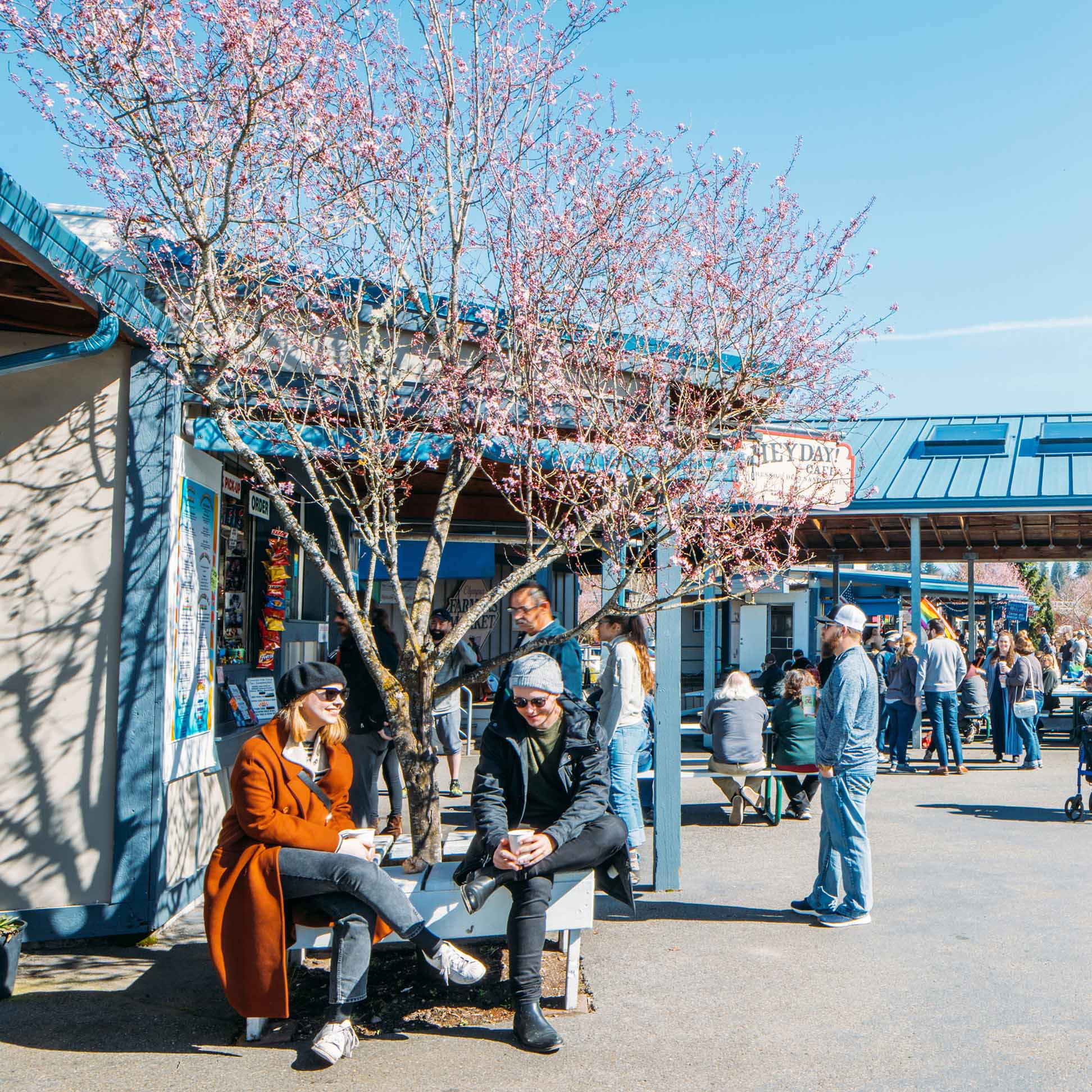